When I came to the Netherlands in 2014 to do my Master’s studies in Environmental Sciences at Wageningen University, I neither had knowledge nor awareness about Dutch society and culture. During my initial days in the Netherlands, my daily routine was just going to my Master’s classes, coming back home, cooking Sri Lankan food, talking to my family and then going to bed. I almost had zero connection with the Dutch society. However, one good thing was that I was staying in a student house in Ede with 7 other students who came from India, China, Indonesia and also the Netherlands. The interaction with my corridor-mates gave me an entry ticket to a new, completely different Dutch cultural world. Many things were shocking for me.

One thing you cannot avoid talking about while you talk about Dutch culture is the directness of Dutch. There is no hide and seek; Dutch are straight to the point. Coming from Sri Lanka where I learned to be more indirect, it was a big shock for me. Though it was very different from my culture, I liked the Dutch directness for few reasons: clear communications so that you do not need to waste time on the things that may not work or may not be considered by your employer; no need to make assumptions on the things that other party talks about; you would feel heard by your employer or boss and importantly, Dutch directness is not equal to rudeness (as some could expect) but directness with politeness.

Dutch and their agenda is almost inseparable and very different from my own culture. I realized that Dutch love to have meetings and are well organized. Even if they want to meet their close friends and family, they make appointments. This is very different from my own culture, where we randomly visit our close friends and no prior notice is expected. Now, I would say, I am practicing more Dutch culture on this as even if I want to meet my Sri Lankan friends in the Netherlands, then I make an appointment which I find it convenient for both sides.

Food is an interesting part to talk about. I love food and always like to explore different kinds. I have limited choices to explore in the Netherlands which is disappointing. Even if I would like to buy some ingredients to make some Sri Lankan dishes, that is also not possible. Though it causes some inconvenience, I overcome this with finding other options like buying stuff online or buying those things while I travel to France or United Kingdom. Nevertheless I love kibbeling with garlic sauce, pancakes and stroopwafel. Unfortunately, I could not still stand eating raw herring!

Language and religion are another vital aspects to look into. Dutch can speak good English, so even if you do not know Dutch language (fluently), you can still survive in the Netherlands. However, my strong feeling and opinion is that if you know Dutch or try to speak Dutch with Dutch people, it would be much easy to mingle with the Dutch society. In addition, there is a clear separation between Dutch work and private life, so if you cannot speak in Dutch, it becomes even more difficult to socialize. So, good to know Dutch and I am learning Dutch and still struggling to make that special “g” sound.

In a nutshell, I embraced this new culture and very glad of being a bicultural person. 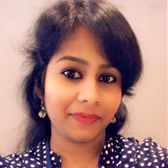