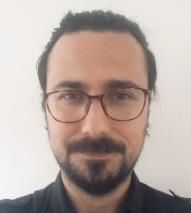 Nature-based solutions (NBS) in coastal protection have been becoming more and more common practice especially in the Netherlands. There is ample empirical evidence that NBS prove to be not only effective flood protection scheme but also present multiple benefits including improving ecosystem services, preserving biodiversity, tackling climate change etc. (Loon-Steensma, 2021; Loon-Steensma & Schelfhout, 2020; van Loon-Steensma & Vellinga, 2013) However, NBS approach is mostly experimental rather than methodological due to the interplay of biophysical complexities and uncertainties within site of development as well as the multi-stakeholder nature of NBS projects. Guidelines and principles for NBS have been recently developed contributing to the common understanding and assessment of these large scale projects globally (Cohen-Shacham et al., 2016; van Loon-Steensma & Goldsworthy, 2022). Yet, a more systemic and robust approach that can inform all stakeholders in decision making process is still missing from NBS applications.
This PhD focuses on the development of a framework in a whole system approach to NBS projects for coastal adaptation by restoration of (combined) targeted coastal habitats. Following the classification and categorization of key biophysical and socio-economic variables as inputs to the system, identified NBS building blocks as processes in a site-specific coastal adaptation scheme will determine ecosystem services improvements and biodiversity enhancement as outputs in our proposed framework.
Thus, we believe that our framework on modular approach to NBS using Input-Process-Output (IPO) model at a target NBS development site can; (i) encourage identification of key biophysical and socio-economic parameters, (ii) stimulate ecosystems- and biodiversity-based perspective in success-based assessments, (iii) build the ground of common understanding for all the stakeholders, (iv) aid multi-stakeholder approach (MSA) decision-making processes, (iv) support decision-makers in finding the most effective process-based solution among all the NBS building blocks.