Environmental risk assessment of macro- and micro-plastics in a terrestrial ecosystem. A case-study in Rwanda 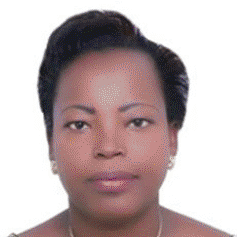 Sources of macro and micro-plastics contamination of agricultural fields in Rwanda
Nkeshimana Godeberthe1,2, Jantiene Baartman1, Michel Riksen1, and Violette Geissen1
1 = Soil Physics and Land Management group, Wageningen University, Wageningen, The Netherlands
2 = University of Rwanda, Kigali, Rwanda
Worldwide, there is intensive plastic waste accumulation in soil, agricultural fields, and water bodies. Focus has been on oceans and aquatic environments, but recently, plastic accumulation into terrestrial ecosystem is getting attention. In many sub-tropical countries plastic wastes are being buried or disposed in open landfills without proper environmental management. In Rwanda, despite efforts undertaken by the Government to control use of non-degradable plastic bags, plastic wastes dumped into open landfills continue to be redistributed within the landscape through soil erosion processes, which presents a risk of contamination of agricultural fields, water reservoirs and groundwater ecosystems. There is a strong lack of knowledge on possible pathways of (micro-) plastics into the terrestrial environment. This study identified and evaluated the use and source of plastic material in agricultural fields around landfills in three study sites in Rwanda: Kicukiro, Rwamagana, and Muhanga villages through survey questionnaires. A total of 1,240 households (HHs) were surveyed. The Kicukiro landfill, near the capital, was established before 1994 and closed between 2011-2014, while the landfills of Muhanga and Rwamagana were established between 2006 and 2017. Results revealed that in rural areas (Muhanga and Rwamagana) most respondents do not use plastic bags (Muhanga 63% and Rwamagana 76.9%) compared to urban areas like Kicukiro where a high rate (64.3%) of respondents still use plastic bags, which were easily available from local (super)markets, according to 45.5% of the respondents. Most interviewees in all study sites ignore if the plastic materials that they are using are degradable or not. Results revealed also that the majority of respondents are aware of the impact of using plastic bags (Kicukiro: 77.6%; Muhanga: 60.5%; and Rwamagana: 62%), and they also confirmed that they would not use plastic bags even if the government would not punish people using these (Kicukiro: 78.8%; Muhanga: 74.8%; and Rwamagana: 81.8%).
Principal component analysis (PCA) was used to identify the most influential variables, and results revealed that respondents are aware of the impacts of using plastic bags on the environment with high significance. Furthermore, also a strong correlation was found between the study sites, and plastics wastes eroded during high rainfall events and causing environmental problems in surrounding areas located near the landfill. Results showed that the education level is correlated negatively to the use of plastics bags and the age of respondents. Environmental policies on plastic ban should be reinforced for improving the strategies of controlling plastic bags from neighboring countries to overcome the use of non-degradable plastic bags. There is a high needfrom the country to teach its population through differnt educational programs so that they can improve their level of knowledge and awareness and risks of using non degradable plastic bags.