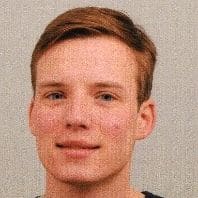 The Rotterdam Waterway is the only unobstructed connection to the sea in the Rhine-Meuse Delta. It therefore plays an important role in the intrusion of salt water into the inland system, where it may threaten the freshwater supply for drinking, agriculture and industry. This problem is most likely to occur when high sea levels due to storm swell coincide with low river discharge. Water managers have several means to prevent damages to the freshwater supply, such as temporarily suspending inlets or using alternative supply routes. For them to do this, an accurate and timely forecast is needed, preferably with an indication of forecast uncertainty. We will investigate two approaches. The first will be a machine learning model, in which salt contents at important locations will be predicted based on historical data. The second approach consists of an improvement to the existing SOBEK model, which will be tested for operational utility. In both approaches, the probabilistic nature of the input data will be processed to yield a probabilistic forecast of salt intrusion. Finally, we will test the developed models, or a combination thereof, in a scenario analysis of several water management decisions.